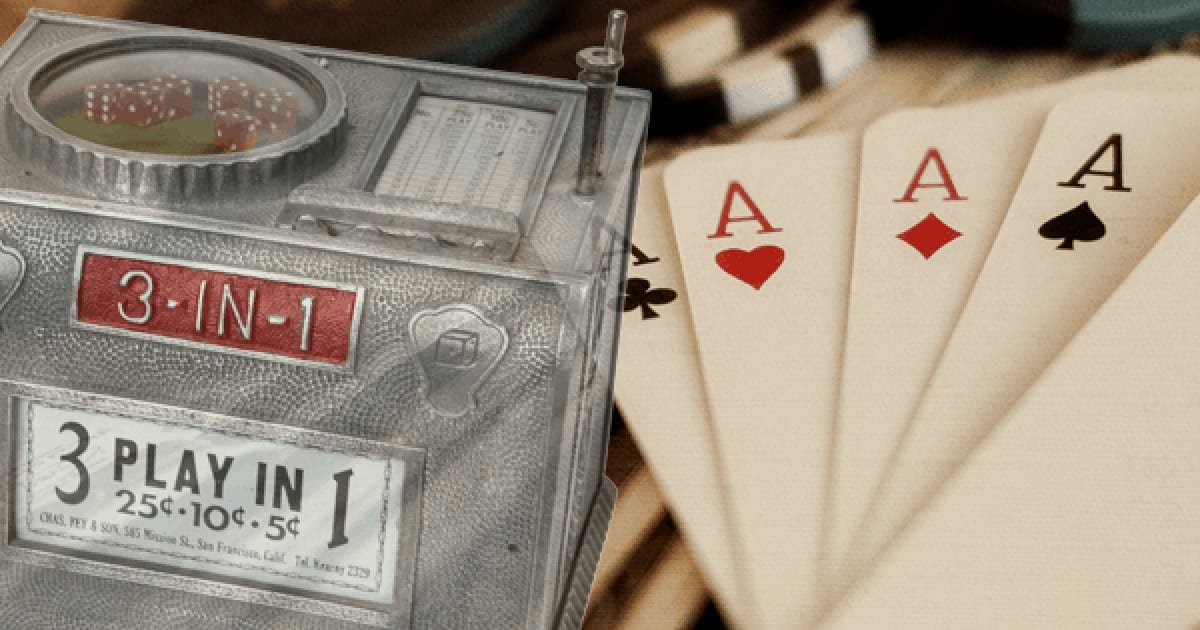 Gambling has been something of a pastime throughout the years and centuries for that matter. Of course the techniques and methods have evolved, yet the concept has been every present within society. Large hand over the top wagers have been something that society has always been attracted to. It remained as something that brought people together in all civilisations, a kind of social must for any event or evening within gatherings.

To date today, the oldest casino in the world dates back to the year 1638. Located within Italy, it was the most prestigious venue within Venice. What we find for most online casinos, is that the most popular games present are the slot machines and table games. Yet, this casino of course did not cater to that level of technological advancement. They did however, introduce the idea of the most traditionally admired games today. The games played by gamblers many years ago are listed down below.

From the term Roulette, you immediately know it is a French term. It originated in the year 1700’s by the mathematician and physicist Blaise Pascal. The aim of the invention was to create a motion machine that would spin with the accomplice of its own energy. The foundations did not support any scientific research, yet it did support however, the development of the roulette wheel and the future variations and gaming options to come in the present day!

The earliest game version was not called roulette at all but in fact a translation into the term ‘Roly Poly’. This game however was banned in 1739, not long after its introduction within the early 1720’s. France however was leaping from one level to another. Roulette was a huge success there and continued to grow through inspiration and developments to the game’s quality of play and technique. The numbers were not added to the game until the end of the 18th century and this development was triggered by the french lotto game Biribi.

Keno is often popular in all the casinos of Las Vegas. Yet, did you know that its origins go way beyond Vegas? Its origins are completely unexpected and they actually go way back to before 19th century China! Of course it has been changed and tweaked overtime, yet the point is the source of the game is not where we expected at all-and it is much older too. The basics have been maintained within the game, from the time it was developed (Believed to be when the Great Wall of China was being built). Legends say that the game was built to actually raise funds for the building process, yet there are no hard facts to completely support this idea at all. Yet what is completely fact and true, is the fact that the game came to the western world and culture via Chinese immigrants. The game really became mainstream from that and flourished across the UK and beyond very, very quickly indeed!

Blackjack was never called blackjack at first. It began with a much simpler term within the early days of its existence, called 21. This can be totally understood however, as the game ran its course, so did the name and certain various concepts of the game execution. The game did originate in many Spanish books, one of which was written by Miguel de Cervantes. The short stories elaborate on how the game works and how players rigged the game to their advantage. Yet, this dates back way into the 17th century, meaning blackjack was enjoyed thoroughly back in the days of Spanish history and civilisation.

The time it arrived within the Americas, that is when the game started to dramatically change and become more developed in concept and gameplay. It had to be developed with changes made to it, to ensure that it kept the interest of the players. Of course the addition of small bonuses here and there, in combination with a table full of people and bouncing energy, seemed to be just about right. Bonuses of course got developed even further with the introduction of them in online casinos. It is crazy to think how games like Blackjack got so far into societal norms and culture!

Dice was around way beyond the times we have stated in this article for the other games. Games with dice (not craps) have lingered through the Greek and Roman Empire. We have many references to them through the readings and recordings of Sophocles. This Greek poet went into detail of how the Greeks solely invented this simple yet entertaining game. This would make dice games originating back to 400 BC. There has been even further evidence to suggest that dice was played from 6000BC, as archeologists have found dice remnants within the tombs and remains of Egyptian civilisation.

Craps, a dice derivative is very common and loved for its simple variations. The game became mainstream from London city and began to progressively evolve into the game variant that we know today. Slight adaptations made it all the more exciting to play. You see many players surrounding craps tables nowadays, shouting and screaming away in hope of the number that they place their wager on. Alas, many did the same thing but thousands and thousands of years ago too!

It is safe to say that gambling has been loved far greater than during these modern times of Vegas and Monte Carlo. The very games that we all flock around, were the pinnacle games of society and entertainment for centuries. Playing casino games may be a step forward beyond the locations of homes and halls, as they used to be play within, but the casino of Venetian Ridotto in Italy is proof that the ideas of a playing venue very much existed, even in the year of 1638! The games are not exactly slot games, which are very much the hype and one love of today's gambling community, but it very well is a start to prove gambling will be here forever, it is just a case of what and how it will change.