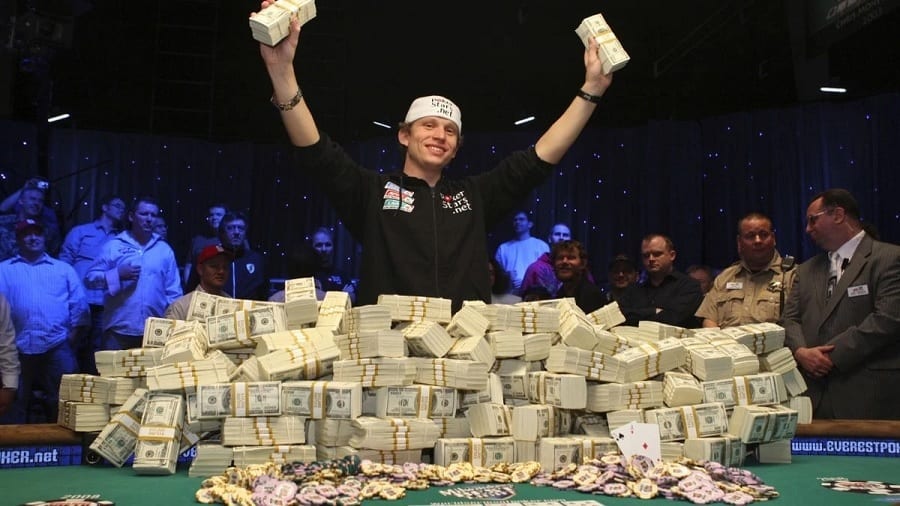 Whoever decides to make a wager in a casino, is doing so with the hope to win. There is no doubt about that. Yet, time and time again we go to land based casinos or play online and the wins we imagine within our minds, is just a couple twenties-or hundreds at the max. Despite the efforts we try, time and time again, there is always that hopefulness that we will be one of the lucky ones that can leave a casino one day, with a huge cheque in our hand. Regardless of luck and fate, one thing that has never changed, is the idea that casinos are a place where cash can be made if you are one of the lucky chosen ones.

Today, the online casino empire is the place where it is at, when making millions are concerned. It is rare that your usual roulette wheel or slot machine will give you the big bucks, but there are some progressive jackpot networks integrated within games that magically trigger and suddenly your life flashes in front of your eyes, with $14 million dollars winnings becoming yours. Hey, it happens, not often, but it does.

We always suggest that if you think you have what it takes to defy the odds and make some serious winnings, a progressive jackpot is the best way to go about it and actually make history (if of course you manage a win). The odds of triggering a progressive jackpot, that has a network of players globally (usually the largest jackpots), is like just below the odds of winning the lottery. Meaning you can imagine how difficult it actually is….

Top progressive jackpot favourites will be ones that you most likely have heard of, with titles such as Mega Moolah by Microgaming and Mega Fortune by the one and only NetEnt. The storylines behind these titles are really deserving of your attention, as they are unique and mixed with multiple bonus features, to keep your gaming interesting as you play. One thing you should always understand when playing progressive jackpot games, is the fact that there is no strategy to apply to your games. You just have to be there, in the right place at the right time. Maybe a few free play sessions on the side, just to make sure you understand how the games actually work. Nevertheless, the stories that we have of players that were there in the right place at the right time, will really show you how a jackpot win of large numbers can really happen when you least expect it!

The story of John Heywood, really indicates that you could be playing progressive jackpots for a long time and it really would not make any difference. John Heywood decided to open a online casino account on Betway but only 25 minutes later, he landed one of the biggest wins in history!

It is still unclear on the actual game he decided to play, but one thing for sure is that he managed to get a total of £13.2 million from just 25 minutes worth of play. Betway did release an interview with Mr Heywood himself, they said that he was shocked as any person would manage to win such a large amount in such little time.

He decided to invest all his winnings on his family and fathers medical bills. In addition to this, he also prompted himself to handle his winnings in the most professional way possible, by investing his cash into business propositions and investments. This win was recorded in 2018 and since then, Betway have not recorded any more monumental winnings such as this. But monumental wins are always brewing, that is one thing to learn from this…

On the 17th of June, Rawari Pou was playing on Casino Land, looking to entertain himself, as anyone would, when selecting to play online casinos. He decided that slot gaming was the entertainment fix that he needed to make his day, after a long day working. Mega Moolah was the slot that he chose to lighten his mood and really lift his spirits. He never knew however, that by playing this game for the 20 minutes that he did, would result in a spin of the reels that would land him a winning $10.1 million.

Of course, Mega Moolah has the best track record for changing people's lives within an instant. Until today, it holds the record for the most winnings accumulated and another reason why players like Rawari can enjoy life and really take a step abc from the stressful commitments that we all must make. Stories like this, really put everything in perspective and make you realise that you could be the next person in line whose life could be changed by a jackpot!

We all know that slot games are great for accepting bets of very small value. Well, a Finnish player did exactly that on the game Mega Fortune by NetEnt. From just one spin of stakes accumulating to 25-cents, this player managed to make a staggering £17.8 million from just one spin!

For Mega Fortune, this jackpot is the highest ever to be recorded, happening some time within 2016. The player was believed to have a hard time believing his fate and it took a call from the casino itself to make reality hit and fall into place.

This dwarfs the time Mega Fortune paid out this lucky Swedish player €2.6million back in June of 2020, and is easily one of the biggest online casino wins ever.

We all know that the beauty of online casinos these days means that players can look forward to gaming that can be taken anywhere and everywhere. Mobile software has made this possible and really allowed players to be flexible in the type of gaming they can have.

One female player, who wishes to remain anonymous, logged into the Zodiac casino from her iPad. All that we know from her casino credentials from signing up, is that she called herself with the initials ‘D.P’. As long as you register the casino with the correct identification methods, you are entitled to call yourself whatever you like. Only you and the casino will know any personal information about yourself.

D.P. opted for one of the most popular games within any casino gaming portfolio, Mega Moolah. From a £1 wager, she spun her reels not knowing that when the reels would stop, it would in fact trigger the next big winning combination for this Microgaming title and the biggest ever for the Zodiac casino. A win of £7.9 million was secured by D.P. and a book release made in honour of the anonymous winner, who still until today has never been unidentified. Would you wish to remain anonymous, should fate ever deal you the same hand?

A midnight win for one lucky student

Our final tale to tell, is about one lucky student who is from Norway. Apparently the tale of his win started from being restless one late night in 2011. He decided to entertain his boredom and restlessness with a spin of some reels from Betsoon casino. One spin turned into another and then, the biggest amount of cash that he had ever seen, was rewarded to him, in a dramatic reveal. The win equated to £11,7 million and let us just say, they we do not think he even probably bothered to go to lectures the very next day or manage any sleep that night, that is most likely a definite.