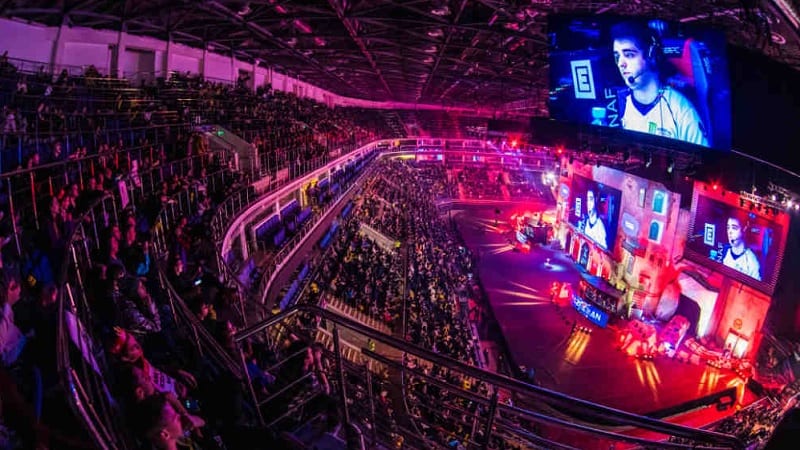 eSports is not something that everyone seems to be down with, No, this is not another online slot guide, but rather quite the opposite. The eSport industry is projected to grow massively-even further than the current milestones that it has achieved! The terms skin betting amongst other features will be expanded upon today, so here's a head-up, you may find yourself massively addicted to the world we are about to show you! Coming right up is everything you need to know about eSports gambling!

Going to the basics first, eSports is a term that represents and branches all the different electronic sports that are available to be played from your console and PC. You could potentially compete against other people that you know of, or people that you have never met before, from all around the world.

Video games have been around for a very long time and it has never been a secret that the industry is changing and constantly evolving. Now the industry has grown and allowed people to connect and battle it out with people from across the globe on opposite sides of the earth. All because of the power that internet connection has brought to us. Video games have always been around, yes. But integrating the internet and one-on-one combats has not.

Today the industry is worth around £21.9 billion currently within the year 2020 and this has all happened in between 2 decades give or take. It is estimated that figure will only rise as the years progress. Currently there are around 1 billion people all around the world that currently actively participate in the world of eSports, so approximately every 1 person out of 7 of the human population takes part in this revolution!

Many a time, the players that take place within the eSports realm, will just be gamers playing for enjoyment and purely for entertainment. However, on the other side of things, there are players that actually play professionally and have essentially made a career out of their love of the gaming, by facing other opponents within the eSports community and having a face off together. But of course, there will always be a question of how will players actually make a living from being professional eSports gamers, right? Keep on reading.

Making money as a professional gamer

Just like general sports games, there has become an opportunity for gambling on the members that take part in huge competitions. In addition to the gambling aspects, many of these tournaments now have enabled gamers to earn quite a bit of money from tournaments, due to the huge turn up to the shows from all over the world and online of course. Prize draws of competitions now exceed the millions of dollars mark, which is pretty insane if you think about it. These players can earn more from winning, than a UFC champion-insane!

The tournaments are not just held online for fans to witness, fans can now actually turn up in person to the tournaments and watch their favourite gamers play on huge screens within an arena. Contests have also become very popular to watch from the perspective of Twitch and YouTube, as a live streaming broadcast.

How is this different to regular sports gambling?

This is not really any different to the sports gambling industry, the only difference is the sport is nothing physical, but rather a virtual application of physicality. Just like the traditional sport betting world, you will have the choice of opting to support and bet from all your favourite eSport participant gamers and stake some money on the possible outcome of the tournament. Just like any sport, your betting principles can come from strategy of analysed past performances, or you can purely go through favouritism of team names and individual playing style. The operation is pretty much the same.

The world of eSports gambling has surged in popularity

You have heard that right! Just this past decade has seen huge developments and change within the industry of online eSports gambling. Aspects such as skin betting, social betting and various fantasy and challenges betting has become a huge momentum of business that the gambling industry has just gone with. Impeccability the willingness has been very natural for this industry and was never forced-it was what the gamers wanted in the end! It would make sense considering that there are so many online gamers. A seventh of the population enjoys some form of online gaming, so for those who do not like physical sports, eSports is here to be a willing alternative to the old ways.

Skin betting has risen to fame these past few years, as essentially it allows players to swap and change items that are within a gaming experience, with other players for real money. The industry has proved to be a hugely successful business and lucrative in that light. In-game purchases have been present for many years within games, so it makes sense that players should be able to trade and make business amongst themselves too, right?

What does it take to become a professional eSports player?

To become a professional, there is no doubt that you need to make sure that you keep up to date with every movement and opportunity that is available within the market. Overwatch is a great example of how the mechanics can often change. The best players in the world that compete against one another, will always stay tuned with every evolving change-which can be a pretty full-time thing. You need to be willing to spend hours a day to dedicate yourself and adapt to the changes as they happen to come about. Some players that are pretty on the ball with Overwatch have recently come out to publications and press, saying they spend a total of 10 hours a day playing. So essentially, it pretty much is an equivalent to a full-time job really.

In terms of becoming pro, it will be a case of becoming noticed and receiving the eye. You put the hours in and people will soon come to realise your name as one to keep an eye out for. At some point, one way or another for any game series, you will be reached out to, via the personal contact details you used to set up your account. These scouts will approach you with hopes that you join the largest of eSport gamers and teams across the globe.

Examples of huge teams these days include Fnatic, Evil Geniuses and so on. The games that they specialise in can be anything from Defence of Ancients, Leagues of Legends, StarCraft II and Halo. By putting the hours in as a team, you will eventually put forward as a representative of that team, against other members internationally, and therefore attend an event where you will face them head on.

Tips for beginners and hopefuls

Should you be wanting to do this as a more full-time position, you will need to find a game series that attracts your liking for a long-term relationship. You would want to make sure that you can imagine yourself playing hours and hours on end per day, even on days off from gaming, you would usually need to make sure your research is up to top speed, meaning although you will not be playing, you will be watching game play. So, in simple, make sure you are fully committed and passionate about it.

If you find yourself getting bored or forcing yourself to keep playing, it may become rather dreary as time goes on; meaning you will definitely not stick to it. Discipline is one thing and enjoyment is another. You have to be driven out of passion, not for anything other than that.

Buying the right kit is just as important too. You will need to ensure your PC/laptop is up to speed and able to perform without any slowing down. In addition to this a gaming keyboard is always recommended too. Some of the best ones that you can get include the M800, which is what most of the top online gamers use online these days. Also, once you do find the quality equipment, it will be likely that you will never go back to your old equipment again!

Once you do reach that place where you have entered the competing world against other professionals, you will actually be provided equipment for each time you participate in a tournament. So, you would not need to worry too much about your equipment, as obviously the best will be given to you when you compete. Usually a computer is better to play on though due to laptops not having the same high frame rates, so you should definitely keep that in mind when you opt to play online. As a beginner, it probably would not matter, but as time goes by and things do get serious, it would be best to keep things in mind we would say.

The best upcoming games to keep an eye out for

With everything that has been said, it would be best to keep an eye out on the games that everyone is making a fuss about within the eSports industry. We all know that Overwatch is the game of the moment. It has been for quite some time. Other games the experts are telling beginners to get into include the games Player Unknown Battlegrounds, as it is perfect to play with designated teammates. This game is more relaxed and less stressful than your typical multiplayer based games. A perfect game to just unwind with friends and family who also share the interest of online gaming with yourself.