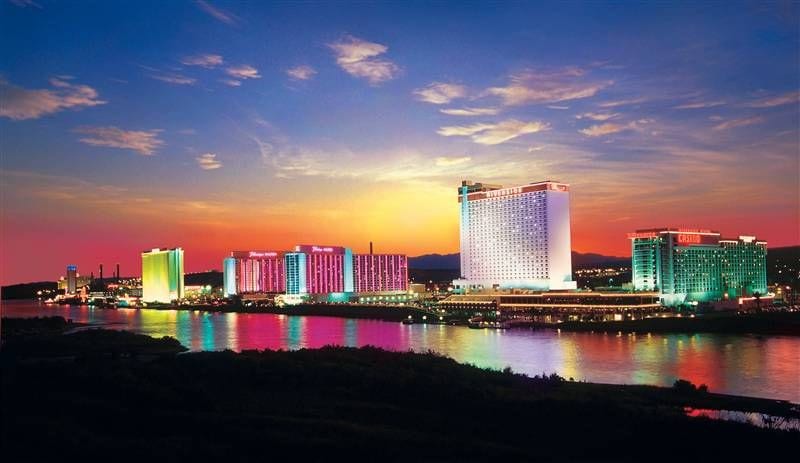 Casinos are something that have been around for centuries, and have always developed and evolved due to gambling being around for hundreds of years. We all can say that we love a gambling experience but something we are certain of is, casinos and their origins are often not fully understood or known of. Casinos have always been a part of our British culture, especially for nights out on the town, but one thing we should always question is, how did it actually come to this point. What were casinos like before and where do they actually come from?

So, bearing all these questions in mind, we thought we should drop some facts that we are sure you probably never knew of, so you can go away from this article with perhaps even more enthusiasm and appreciation then you have ever had before! Carry on reading to find out more…

1. The first casino was in Italy

Yes! This is something that not many casino players actually know of. Gambling was a huge thing back in the medieval period, especially amongst men and social gatherings. One could say that Vegas currently is the heart and soul of gambling today, but Italy is the home and origins of the pastime that we all now currently love!

Originating back into the 1600’s, Italy invented casinos as a summer social club that the elite and wealthy could venture to for entertainment amongst the long summer days. The first casino is believed to be within Venice, where many racked up multiple debts for their continuous addictive habits. Extra facts that you should know in addition to this, include the fact that casino actually originates from the Italian term ‘casa’ meaning home. Looks like the Brits cannot take credit for this one either!

You heard us right. Slot gaming did not become a thing until the 1800’s as of course the technology that derived them was definitely not available in the medieval times, right? Nevertheless, the first slot machine was actually developed by an individual named Charles Fell, who spent over 5 years testing it and trailing it until finalisation. It was not until 1891, where he managed to perfect it and introduce it to gambling society. It was this invention that really managed to stir a boom and awakening for the slot machines and slot sites that have assembled in full motion, as they have today. Guess we should all thank Charles Fell for that one.

3. The longest poker game went on for many years

We find this one quite a hard one to believe, however in 1881 a poker game that took place within the theatre of Arizona, was said to have continued with the same participants for a total of 8 years! Poker does need patience and a strategic mind, not forgetting a great poker face too. Yet, 8 years seems a little bit of a push to us… Nevertheless, key witnesses did actually say that the game went on and on…played for 24 hours, with breaks in between, and of course sleep.

How this could actually happen with the same enthusiasm for 8 years, we find it very hard to believe. But you know what they say, historical sources are always exaggerated to make individuals look better and of course propagate individuals. It was also said that the winner managed to take home over $10,000, which of course in the 1880’s was excessive amounts of money, very much in the millions if compared with today’s currency.

The biggest jackpot today that has been achieved by a single gambler, is £31 million to date! This was achieved on the Mega Moolah progressive jackpot game. Winning a progressive jackpot these days is often seen as more prized than your average lottery. Why? Because they often have harder odds then the lottery and can sometimes be far more rewarding then your usual go-to lottery ticket.

Another game that comes close first in value, is the Mega Fortune slot game. 9Apparently, the winner who won a £16.5 million jackpot on Mega Fortune, managed to secure the winnings from a small 12-cents stake! For more information on the art and theory behind progressive jackpots, make sure to check out our jackpots guide.

5. London casinos showcase the best selection in the UK

It comes as no surprise that London casinos are the best casinos in the UK. There is a huge countless list of casinos in London that showcase all the best attributes any player would ever want when it comes to having the best casino games experience.

London casinos like the Hippodrome casino, are so large, you can fit thousands of people within the venue, at once. Casinos like these are another reason for the boom in online casino gaming, people never want their gambling to stop, so they take it to the mobile platform instead. However, one thing is for sure, London casinos are the hotspot for gambling right now within the UK. No questions asked.

6. Poker has become an acceptable career

Yes, we do mean this! So many people around the world now say that their profession is a professional poker player. Many poker players slowly build their gambling career from pastime to profession in incremental steps. Going from as much practice as possible, to competing in some of the world's top poker tournament locations, it is without a doubt a profession that one can enjoy if they are very good at it. Famous people who have made it to professional poker levels include business and entrepreneur Dan Bilzerian, in addition to UK football former player Teddy Sheringham.

You never know when you need a change of your career, yet one thing we will say is, poker must be a good way to go as it is fun, exciting and never really something that you can grow bored with. Think of all the places you will travel too, just to gamble in tournaments around the world!

7. The Biggest Roulette was £1.5 million in three minutes

Yes, you heard us right. A player named Robert Maxwell, managed to lose ridiculous amounts within just 3 minutes of playing on the high stakes casino roulette tables. This was said to have happened within the year 1980, when Robert was enjoying an evening in the Les Ambassadeurs casino, Mayfair London.

Although losses like that would be momentous for people like you and us, this loss was nothing to the business man and apparently, he continued laughing and playing throughout the night despite such a miserable loss. We suppose the rich would never find £1.5 million anything too much to lose and more often just a warm up to the real gaming that is to come afterwards. Either way, this is definitely something that we would struggle to put to the side and accept such huge losses! What about you, we are sure you would agree with us?

8. A person sold his livelihood to play just one spin in roulette

As intense as this sounds, we feel this is not something that we can just casually push to the side, this really did happen and it is huge for the gabling community-one with huge commitment and self-belief! Professional gambler Ashley Revell did exactly as stated, gambling his entire fortune and possession for just a single spin on the roulette wheel. It was thought he had accumulated £135,000 for that one spin. Playing in Vegas, he managed to beat fate and ended up doubling the amount he had initially and going home with a massive £279,600!

This moment made for great entertainment and it was spoken about so many times through the gambling community, from 2004 from whence it happened, all the way to even today. Ashley was extremely lucky and we would hate to think about what actually would have happened if things took a sour turn. It was definitely a crazy move still and we definitely see this storyline being of great potential to any movie directors out there!

Forget everything we know about America’s most popular casino destination, as the casinos that reside there, are technically not in the city of Las Vegas! Yes, that’s right. In fact, these casinos are all technically part of a gambling sanctuary named Paradise.

This is due to the strict laws that America imposes on casinos. To get around the legislation, the gambling Mecca of the world needed to create an unincorporated location which the casinos could claim residency within.

Cheung Tze-keung made more than $250,000,000 from kidnapping ransoms and was at large for many years before his inevitable downfall. The gangster from Hong Kong famously quoted “I haven’t the patience to work for a living. In this world, money is the most important thing.”

Tze-kueng lost all the money he’d made at Macau casinos and was eventually caught, in August of 1998. Cheung Tze-keung was sentenced to death by firing squad in Guangzhou, China.