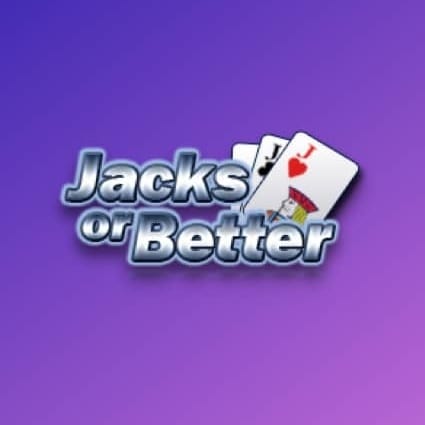 Video poker is the perfect combination of poker and slot machines. Not only is it much more interesting and fun, but it also requires some skill to improve your game. Still, this game is not too complicated and the house advantage is quite low. This means the chances of winning are high.

What Is Jacks or Better?

Video poker has quite a few variations, with the most popular ones called Jacks or Better and Deuces Wild. Each version has different rules, so understanding what these are is important for winning. Once you do, you can try some basic strategies to master the game.

Jacks or Better has rules that are very simple to learn and master. In fact, no other version of video poker is simpler. It is also one of the earliest versions out there. To win, you need a hand that has a jack or better. Much like poker, you need the strongest hand possible. This means, in Jacks or Better, you get one extra point whenever you have a pair of Jacks or higher. Plus, you may play as many as 100 hands at any time. The more hands you are playing, the higher your potential winnings.

The game starts when you place your bet, and they are placed as coins in the game. You can change the number of coins by clicking on the “Bet One” button. Betting limits are shown on the screen’s title bar. You can also see the bet amount and the value of the coins you are playing. You can also press “Bet Max” to automatically play 5 coins of the coin value you have chosen.

Click “Deal” and you will then receive 5 cards and you have to decide the cards you might want to discard. Discarding cards will help you get a better hand. Any card you do not want to keep will be gone once you click “Draw“. You will receive new cards to receive your final hand.

Your win is based on what you can form based on your final hand. Here are the different hand values:

Any winnings you make are shown in dollars and cents in the “Win” box found at the bottom right of the game window.

Once you achieve a win, you have the option to double it, which is a feature of Jacks or Better. To activate it, click on the “Double” button. You will be dealt 5 new cards, with one card left face-up. Choose from the 4 cards faced down. If it is higher than the card face-up, you will be able to double your winnings. If it is, however, lower, you will lose what you won. If it is the same, the game is a tie, and you are given another option to double again or collect the winnings.

However, this doubling option is only available if the total win is less than 2,000 coins. If it is over this amount, the “Double” feature is disabled and the game is exited automatically. Plus, when the limit has been reached, the doubling game ends automatically and you will go back to the main game.

Play Jacks or Better on Mobile

The best part about Jacks or Better is that it is available on mobile as an app. This makes it possible for you to continue with the fun anytime and anywhere you want. It is also a great way to learn and practice playing until you feel confident enough to take on the real game.

On the mobile app, you can also play with real bets, but some versions only allow it when all five coins are played. But there are tons of advantages to playing this game. For example, it is one of the best out there. The betting range is not that steep, so you can start with as little as 0.25 cents.

The mobile version also has the double up feature and a half-double up feature. The first allows you to win bigger, while the second limit the risks you need to take. If you are not as big a risk-taker, you can still enjoy higher winnings when you do win.

While the rules can be difficult to master at first, the game itself is easy and once you master your own strategy, you can win and win a lot.

Video poker is much better than slot machines in a way that it relies on more than just luck to win. Instead, you need to have a good strategy and a good understanding of the different hands to maximize the winnings.